The very warmest of welcomes to Inverkip Hotel, ‘oor braw wee abode’ on Scotland’s beautiful west coast. A traditional Coaching Inn for over 300 years, we are conveniently located on the main street of Inverkip, a historic conservation village and gateway to the Scottish Highlands.

We are family run, friendly and passionate about providing the very best in Scottish hospitality. Whether you are a first time guest, regular visitor and friend, or a new local face to the village, you will always be warmly welcomed.

Book A Table    Book A Room 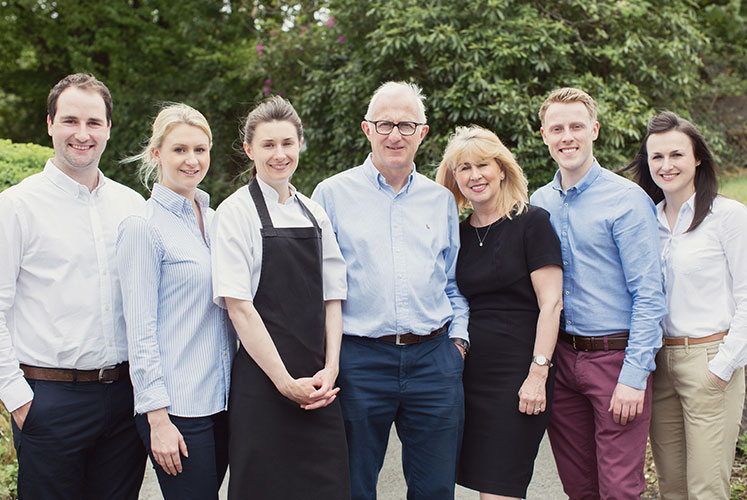 The Hardy family and our team have been dedicated to providing exceptional hospitality for almost 30 years. During this time, we have built a reputation as one of the most popular eateries and bars in the Inverclyde and West Coast area.

Over the years, we have been truly privileged to serve many loyal guests from near and afar, whose custom we will always be grateful for. With the younger generation now involved in running the business, we continue to serve our guests to the highest level possible and aim to excel as leaders in Scottish hospitality.

Inverkip has an ancient and fascinating history stretching back to the 12th century, with monks, witches and smugglers all playing their part in its colourful past. Over 800 years later, much of the village remains a protected historic site and is home to around 2,000 residents.

Named after Kip Water which flows into the River Clyde, Inverkip first became notable when monks from Paisley Abbey built a church on the land in 1188. Over the years, Inverkip developed into a quiet, rural district sustained by fishing, farming and weaving.

Notoriety struck in the 1600s, when the village became a centre for witchcraft, with claims also of a practising warlock in the form of local landlord Alexander Dunrod. In the late 18th and early 19th centuries smuggling kept the local customs men busy, with much activity from passing ships heading to the ports of Glasgow and Port Glasgow.

With the arrival of the railway in 1865, Inverkip changed almost overnight from a rural agricultural village to a bustling seaside resort, attracting visitors from Greenock and Glasgow. In the 1960s, the last steam train was replaced by diesel-electric, with Kip Marina opening in 1973.

Today Inverkip is still a farming community and is most famous for sailing, walking, cycling and fishing. It is also recognised as the perfect base from which to explore the surrounding area and countryside.

The old Main Street is still intact, however our hotel is the only original remaining business, thought also to be the oldest licensed premises in the area.

This error message is only visible to WordPress admins


Error: Access Token for is not valid or has expired. Feed will not update.

Make sure this account has posts available on instagram.com.